ISO plans cover COVID-19 same as any other sickness.

Viral Mutations and What They Mean for the COVID-19 pandemic

With the discovery of new COVID variants in recent months, people may be curious as to how these new viruses come about. While it may be intimidating to study the science of viral mutations, we would like to provide a simplified guide that will help explain this phenomenon, and what the future holds in store for us.

What is the process of mutation?

For a virus to mutate, it must first undergo replication. During this phase, the virus will fuse itself to host cells in the body and alter the cells to create proteins. These proteins help the virus perform the functions that it needs to exist and invade other cells. What makes the spread of viruses so quick is that after the process of invading a cell, hundreds to thousands of viral particle copies are created and then released from the cell. Each of these particles has the capacity to infect a singular cell and repeat the process.

Like making physical copies of something through a copy machine, if the paper shifts during the process or if something else is on the screen doing the copying, you will see differences in the final product. This same idea is applied when viruses replicate and are known as mutations. When a viral particle infects a cell to replicate its proteins, it does so by allowing its genetic material to enter the cell, where it is then duplicated by the host. This code is responsible for the creation of the resulting viral particle.

Sometimes, however, this code experiences changes as the host translates the genetic material into proteins. This will result in a “drift,” which alters the virus’ surface antigens, which is what our immune system uses to recognize and properly fight the virus. Drifted viruses that have experienced significant changes will be able to bypass any current-day vaccines and immunity towards the older viral strains as the body will not be able to identify the new strains, which is why the flu shot and our COVID boosters change over time as the virus drifts.

In another, more major, viral action called a “shift,” the genome segments of two different viruses can combine in creating an entirely new virus. This is a more drastic change as it can completely change how treatments can affect it, or how antibodies from either of the previous viruses can react to the new one.

So, what does this mean?

As the coronavirus itself is still a relatively new subject in the field of virology, it is also as challenging to understand the kinds of mutations that can occur. In a recent study of the Omicron variant, scientists discovered 11 mutations that had never been seen before. Many other mutations found shared characteristics that would help the virus escape immunity-related responses from the body or being easier to transmit to others, which was evident in the recent significant spikes in Omicron cases.

However, it should be noted that while transmissibility of the Omicron variant was high, its effectiveness as a virus was not enough to hospitalize as many individuals as we witnessed during the period of the Delta variant. What this does not mean is that viruses get weaker the more they mutate. Two major examples of this are the Spanish Flu of 1918, which resulted in around 50 million deaths, and the GP-A82V variant of the Ebola virus, which caused an epidemic in West Africa in 2014 with over 10,000 casualties.

And where is this pandemic headed?

You’ve probably heard announcements about COVID-19 never going away, or that variants will continuously appear as time goes on. Government and public health officials nationwide have become more vocal in advocating the hope that this pandemic will become an endemic, but this doesn’t mean we’re out of the woods yet. An endemic, according to the CDC, “refers to the constant presence and/or usual prevalence of a disease or infectious agent in a population within a geographic area”. This would imply that humans at this point can co-exist with the presence of COVID-19 (of course, while taking the right precautions), and that viral infections have reached a steadier rate.

An endemic should also not be confused with “normalcy”, as there is still an implication of a transmissible widespread virus, just at less frequency. There are also no exact criteria in which to declare when an endemic is occurring, as epidemiologists have different baselines for determining when one is happening.

In the meanwhile, and toward the future, we can hope that stronger vaccines, treatments, and diagnostics will lower the rate of COVID-19 transmissions and infections worldwide. For a plan that helps with getting treatments for COVID-19, purchase an ISO plan today!

Lastly, if you do feel that you are experiencing symptoms of COVID-19, follow this guide and help reduce the spread! If we are in for a future with COVID-19, we should live as responsibly as possible to make life safe for everyone.

Viral Mutations and What They Mean for the COVID-19 pandemic

Learn how new variants of COVID and viruses are made, as well as where the future is headed with the information in this guide!

What to Do if You Think You Have COVID-19

Here is a simple guide to help you understand your options and the appropriate measures to take when exposed or test positive for COVID-19 according to the CDC.

The process of transitioning to college is a difficult journey with many stresses that you will face along the way. Learn more on how to manage your mental health with your ISO plan.

Founded in 1958, ISO prides itself on being the leader in providing international students with affordable insurance plans. Administered by former and current international students, we are able to assist our member with multilingual customer service in Chinese, Hindi, Spanish, and more. ISO serves over 3,200 schools/colleges and more than 150,000 insured students every year.

For more information, please visit www.isoa.org and connect with us on Facebook, Instagram, WeChat, WhatsApp, and LinkedIn. 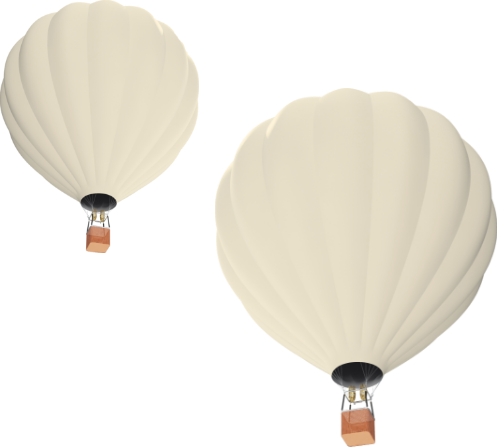 You chose for subject: "Find doctors, clinics or hospitals".

Why not try looking for answers on our Find Doctors & Hospitals